Too much smartphone not so smart for kids 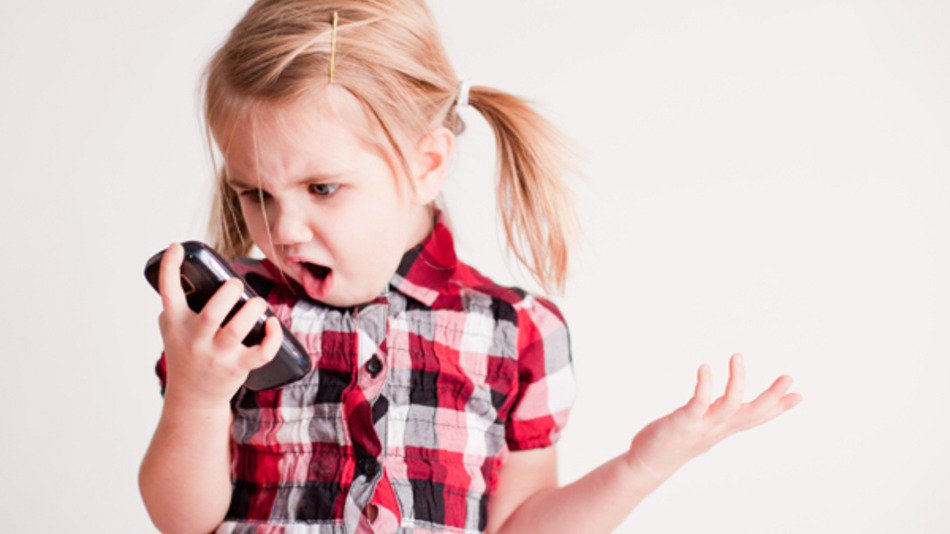 12 Dec Too much smartphone not so smart for kids

Posted at 04:29h in Articles, Blood, Health and Medicine by shannon
0 Likes
Share

You might not see them, hidden behind privacy curtains, but it’s nearly impossible to quiet children with raging red throats or gashed foreheads in need of stitches in the emergency department—except when a screen is soothing them.

“Every kid has one,” my husband, an ER physician, recently marveled. “Either an I-pad or maybe a parent’s phone.” Toddlers who can scarcely talk are busily tapping, sliding, staring at devices designed for distraction.

Here you can’t blame parents for turning to technology and it can be useful for medical staff if a youngster is so engrossed, he doesn’t see the needle coming. But what about when children become teenagers who can’t put their screens down?

Researchers from Korea University in Seoul studied a small group of teenagers (the average age was 15.5 years) diagnosed with Internet or smart phone addictions.

Using MRS, or magnetic resonance spectroscopy, the researchers measured the chemical composition of the addicted teens’ brains and found they had significantly higher ratios of GABA to Gix, than did healthy controls of the same age.

GABA (gamma amniobutyric acid) is a neurotransmitter that sends chemical messages through the brain and nervous system. “Some researchers believe that one of the purposes that GABA serves is to control the fear or anxiety experienced when neurons are over excited,” says thebrain.mcgill.ca.

Gix, or glutamate-glutamine, is also a neurotransmitter. It causes neurons to be more electrically excited, which points to this: more GABA on board contributes to a loss of regulation in the parts of the brain that control cognition and emotion.

Dr. Kathy Keating, a registered psychologist in Kelowna, says Asia is leading the way with this kind of research for a rather interesting reason – they like to get social when they get online.

Unlike North Americans, who do the bulk of their surfing at home or at the office, hiding their obsessive habits, Asians prefer Internet cafes. “That makes it easy to see everyone’s usage,” Keating explains. Which has led researchers to declare Internet over-use a public health crisis.

“It’s an increasingly problematic issue here, but the research isn’t there yet to conceptualize it,” Keating says. “There is no diagnostic term for Internet excessive use in the most recent Diagnostic and Statistical Manual of Mental Disorders, but there is mention of conditions for further study and Internet gaming disorder is included in that.”

Red flags include negative impacts on social life, academic and work performance. Withdrawal when the phone or computer is taken away can occur and the symptoms include irritability, anxiety, depression, and emotional instability.

“The thing is we know we’re on our phones or screens too much,” Keating says. But like overindulging, even as we are licking the icing of our fifth cupcake from our fingertips, we silence the inner voice saying, ‘this is bad for you’, and swallow some more.

“Every single day in my practice, at least once, I talk to people about their relationship with their electronics and how we can change it,” Keating says. “Some experts say it activates the reward center and releases dopamine, the feel-good hormone, but the light from screens also suppresses melatonin, the sleep hormone.”

Shockingly, seventy-one percent of us either sleep with our phone in our hands, on our beds, or on our nightstands. Keating recommends shutting screens down at least an hour before bed and using a traditional alarm clock.

As adults we model behavior and our kids soak it up, a fact Keating uses to motivate parents. Total abstinence is next to impossible in our digital world, so we need to set realistic goals. Start with chunks of time, say a half hour, and build on that, adding more time on weekly.

On Facebook too much? Delete it (good luck) or only allow yourself to check it say two times a day, for fifteen minutes at a time. You may have to set a timer or an alarm to keep yourself honest.

Have designated screen-free, family time. “Everyone puts their phone in a box in the living room—and shut the lid,” Keating suggests.

One of her favorite solutions is to bake a pie—on paper. Draw a circle that represents 24-hours and divide it into slices of how your day goes down. Maybe you sleep seven hours, cook and eat for two, work for eight, etc. Include an honest assessment of your screen time including TV, computers and phones. Most people are shocked at the time they devote to their screens, often in unproductive, mindless ways.

Next make an ideal pie, delicious because it represents how you’d like your day to go. Chances are you’d devote a bigger slice to exercise, time with family and friends, reading, or walking your dog.

Baking a time pie makes you aware of your own patterns and how they might be an issue and shows you where you might capture precious hours.

Like bad habits, good ones are formed. It takes time and perseverance, and in some cases, professional therapy.

And that Korean study? At the end of nine weeks of cognitive behavioral therapy, the GABA to Gix ratio in the brains of twelve of the nineteen addicted teens had significantly decreased or normalized, a testament to our amazing capacity to heal.