Beautiful Prose in Cutting for Stone

Posted at 10:02h in Ladies on Literature by shannon
0 Likes
Share 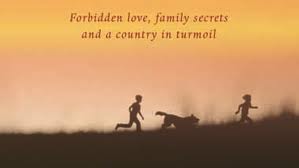 The first quality I noted when I started this month’s book, Cutting for Stone, was the beautifully descriptive prose. Certainly author Abraham Verghese is poet. Right off the top, a lovely description of the change of seasons in Addis Ababa, the capital city of Ethiopia, captured my attention: Overnight in that hushed silence, the meskel flowers bloomed, turning the hillsides of Addis Ababa into gold. In the meadows around Missing the sedge won its battle over mud, and a brilliant carpet now swept right up to the paved threshold of the hospital, holding forth the promise of something more substantial than cricket, croquet, or shuttlecock.

And this one, describing that soulful gratitude we are sometimes overcome with when we are one with our surroundings, self, and something higher:

I hear the high-pitched humming of the stars and I feel exultant, thankful for my insignificant place in the galaxy.

I particularly love that sentence! It’s so beautifully humble, so knee-bent grateful.

Certainly Verghese is a poet.

And this is his strength. The characters are very intriguing. Our protagonist, the twin Marion Stone, and his brother, Shiva (whom we really  have yet to get to know at the 1/4 mark), both physicians, and their beautiful and loyal mother, the nun Mary Joseph Praise, who meets and saves the life of the boys’ father, the noted surgeon, Dr. Thomas Stone, while the two sail on some God awful cargo ship to Africa. Described as “The BLACK-AND-RED FLOATING PACKET of misery that called itself a ship,” the conditions sound akin to the voyage described in our last novel, The Kitchen House.

I have to say, having sailed the Greek islands a few summers ago with good friends, I am no stranger to sea sickness, and just reading about the voyage with its cramped quarters and endless tossing and rocking and the sad, sad state of affairs as desperate passengers cling to life, made me slightly woozy!

It is upon this fateful voyage, however, that Sister Mary Joseph falls in love with her doctor Stone–and he with her. I leave you today with another lovely passage describing how the Sister knew Dr. Stone was not only the most competent physician she’d ever meet, but something more:

She felt such confidence in his being that her fear for Anjali vanished. Kneeling by his side, she was euphoric, as if she had only at that moment come of age as a nurse because this was the first time she had encountered a physician like him. She bit her tongue because she wanted so much to say all this and more to him.