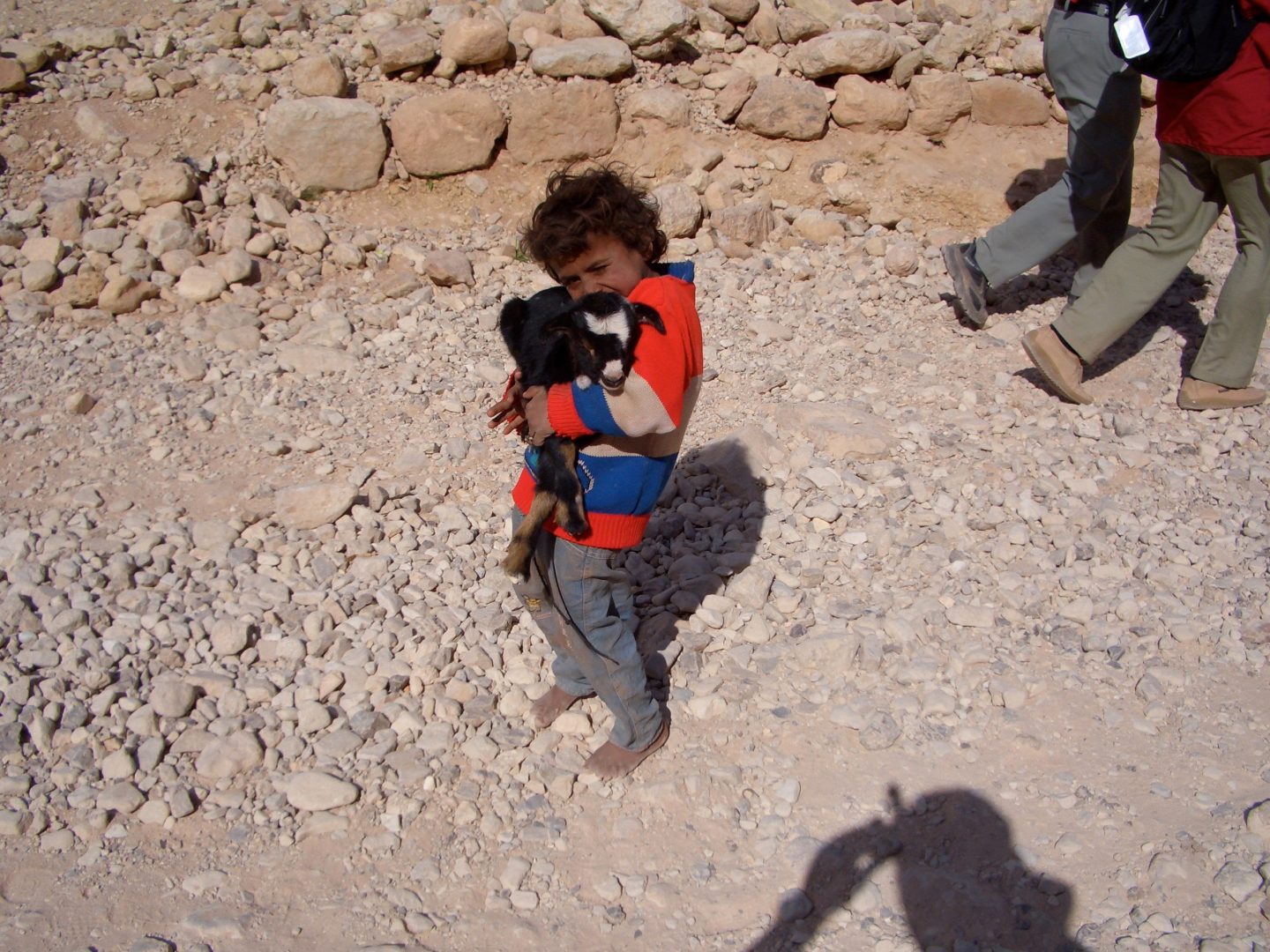 Posted at 20:34h in Articles by shannon
0 Likes
Share

I’ll admit it: I was the hold out on Jordan.

“Don’t you want to see the Dead Sea? What about Mount Nebo and Petra?” My husband was incredulous. But I was incredibly done—with the Middle East, that is.

We’d lived in the United Arab Emirates (UAE) for five years and after traveling in six Islamic countries, I was ready for, oh, I don’t know—a city of sin or something. Perhaps a little gambling in Vegas or maybe fashion-friendly Rome.

But of course, our trip to Jordan turned out to be one of the most reasonably priced and culturally enriching vacations we took. Like here, over in the UAE the grocery stores reward you for shopping by giving you points but instead of a free coffee maker, you can cash points in for airline tickets to various Middle Eastern countries. Between two free tickets, cheap hotels and bartered shopping, visiting Jordan was most affordable.

Possibly because the reigning monarchy is King Abdullah al-Hussein (whose mother was an American beauty queen) and his stunning wife, Queen Rania (a fan of free-flowing hair and high fashion), Jordan is an interesting mix of the modern and the very old, the traditional and the progressive.

Muslim, but for a small minority of the population that practices Christianity, Jordan is made up mostly of Arabs, along with some Circassians, Kurds, and Armenians. Close to half the population consists of people of Palestinian descent.

Most of the country’s citizens live basic, humble lives. Where the UAE is rich in oil, Jordan is wealthy in history.

Our first stop was Madaba, a quaint, pastoral city boasting the largest number of Christian sites and population in the country. After detouring through neighborhoods, driving slowly through streets packed with children and goats, we found Hotel Miriam. Lined up like little girls in Madeleine, the four of us slept side by side in cots, crammed into a tiny room.

Next it was onto Mount Nebo, where Moses is said to have seen the Promised Land and where he is reportedly buried. It was very moving, looking out upon the Dead Sea that separates Jordan from Israel, taking in the majesty of the mountains and the magnitude of the place.

We visited the ancient Moses Memorial Church. Built entirely of stone on Mount Nebo, we explained to our kids why Pope John Paul II’s picture was atop the altar and how significant it was to Jordanian Christians that he had visited. The following afternoon we learned that the Pope had died just hours after we left the holy site.

Madaba is also famous for its mosaics. The Jordanian government, with assistance from the Italian government, has established a school specializing in the ancient art of mosaic design—the only one of its kind in the Middle East. We visited a shop where women who trained at the school were creating spectacular pieces to be hung on walls or used as stone carpets on floors. We brought home a geometric design (amazingly the pieces are rolled and shipped in tubes), which we sunk into our floor in our front entrance.

Before departing Madaba, we met up with friends from Abu Dhabi, also traveling the fascinating city. Like us they had rented a vehicle but having three children and parents along, they opted for a minivan. I leave you with a silly news story based upon their personal experience with Jordanian road rage. Stay tuned for more on Jordan, next column.

The quick reactions of a minivan driver helped him avoid a major car collision but it didn’t stop him from taking down some carrots.

American tourist, RW, had to suddenly swerve his rental vehicle when a truck pulled out in front of him forcing the mini van off the road, onto the soft shoulder, and straight into a vegetable stand.

The quick reactions of the vendor—who leapt out of RW’s path and into a ditch—saved him from injury, however the majority of carrots were lost when the van smashed into the two-meter tall, pyramid-shaped tower of the vegetables. Sources report RW offered to pay for damages, which the farmer, badly shaken and already anti American, angrily accepted, but not before shaking his fist and muttering, “It’s not enough for them to take Iraq, they want our vegetables, too.”