Reflections on a classic 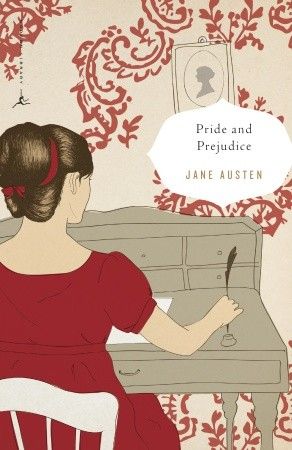 Posted at 05:29h in Articles, Books, Ladies on Literature by shannon
0 Likes
Share

Pride and Prejudice By Jane Austen

Our resident physician, Gail, decided it was time the Ladies on Literature read an epic novel. When asked why she selected Pride and Prejudice by Jane Austen, she said, “I thought any book still considered to be a top 100 read—200 years later—must be worthwhile.” Then she added, “I think occasionally turning it up and reading a classic is good for us, a bit like cod liver oil.”

The other writer in our group, Laura (lauragosset.com), did some research and found that Austen’s book was originally titled First Impressions. Submitted to a publisher in 1797 by her father, it was rejected, probably because it was written by a woman. It wasn’t until 1813 the book hit the shelves—with an anonymous byline. Sadly, Austen never lived to see fame from her novels but one hopes she’s never stopped beaming down from the Heavens, all these years since.

“The story, an entertaining study of manners and misconceptions set against the back-drop of a class-conscious 18th century England, is about the pride of a man and the prejudice of a woman,” Laura says. “Based upon the classic girl meets boy; girl loses boy; girl gets boy back; it has become one of the most famous love stories of all times.” It’s never been out of print and has sold more than 20 million copies.

Gail said, “Although there were no explicit sex scenes (sorry, Laura), “there was the story of romantic love… As I got into it, it occurred to me that we, as women, have such different roles in life now. Imagine being born 200 years ago! Most of us would have much narrower roles with sharp boundaries of acceptable behavior. I would have hated that life.”

Gail noted the opening line: It is a truth universally acknowledged, that a single man in possession of a good fortune, must be want of a wife.

“Yikes!” she said. “What pressure for both parties and so much for the LGBT community!”

“Love is always complex,” Gail says, “but in this setting, the parameters of correct behavior and the influence of family and friends, make the development of a relationship and expression of love even more challenging.”

Kathy concurred. “The quest for the perfect mate has always been a complicated one and we love a complicated, emotionally true story.”

Bonnie, who is the Education Coordinator at Project Literacy Kelowna, found the language “that doubled back on itself” a tough slog at first, but “after about 70 pages it stopped feeling like homework. “Language changes, gender roles change (thank God) and yet a good story with good-hearted people (Elizabeth) and colossal asses (Collins) …all getting their just desserts…well, that was satisfying!”