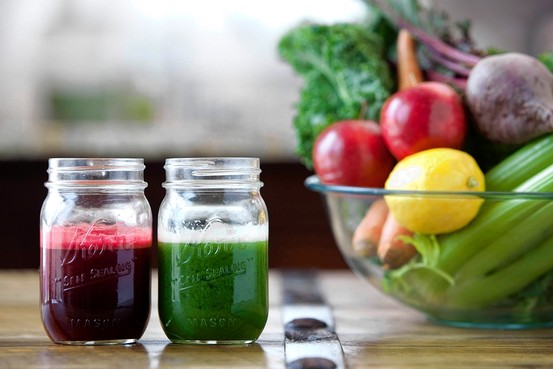 I don’t even like juice, so I might’ve known this fast was going to be a fail when I signed up for Joe Cross’ three-day weekend juice cleanse.

I was feeling lethargic and my tights were a little too tight, thanks to a food and wine-laden week. Joe’s promise of a reboot was appealing—a kind of deprivation born of desperation—with some health benefits thrown in.

Not too many years ago the Australian-born businessman was 100 pounds overweight and on a lot of prescription pills. Jump in juice.

With a juicer and a generator in the back of his car, Joe Cross traversed America, consuming nothing but his healthy beverages for two months. He shared his passion with the people he met, chronicling his success story in a documentary called “Fat, Sick, and Nearly Dead.”

While celebrities like Gwyneth Paltrow try to persuade me my colon needs cleansing (it does not, according to medical experts) how bad could it be to exist on fruits and vegetables for a few days?

In fact, a study published in the International Journal of Epidemiology, says more is better. Researchers from Norway, the United States, and Britain analyzed data from 95 independent studies that involved hundreds of thousands of participants to conclude that five servings a day protects against heart disease, all kinds of cancer, and early death from any cause. But participants who took down ten daily servings of fruits and vegetables also doubled down their benefits.

Could a juice fast be my ticket to purge the terrible toxins and hit my daily target?

Because it is so much better to suffer together, I asked my 20-year-old daughter if she would join me on the juice.

“On the weekend?” My dubious mother asked. “Isn’t that the worst time?”

While juicing retains many of the health benefits of whole fruits and vegetables, most of the fiber in fruit is concentrated in the skin, seeds and membranes, which juicing can leave behind. That makes the argument it’s better for you, kind of hard to swallow.

Still, Joe urged me to drink nothing but the freshly made stuff from morning through until dinner, at which time I could eat a healthy meal. Three days straight.

Beginning with Carrot-Apple Ginger juice, followed by the Mean Green mid-morning juice, Gazpacho juice for lunch, Citrus inspired green juice for an afternoon snack, and then the Sunset Blend pre-dinner juice. Finally, when you’re faint with hunger but still haven’t left your kitchen because you’ve been making juice all day, you can prepare dinner.

We left the grocery store with the following: Sixteen cucumbers, three bags of celery, boxes of spinach, bags of apples, carrots, sweet potatoes, bell peppers, tomatoes, limes, lemons, clementines and some Swiss chard; onions, ginger parsley, and more. What we didn’t buy was the juicer.

“What’s wrong with our blender?” I asked.

“A blender is not going to properly process all this stuff,” my daughter said.

“How about a food processor?”

Which, as it turned out, was only moderately successful. The breakfast juice was tasty until we needed a spoon to pull out all the pulpy pieces.

“This is not juice,” my daughter complained, chewing.

By the time we returned from walking the dog, we were famished.

“Time for our midmorning juice!” I merrily exclaimed.

By the bottom of the glass, I understood why it was Mean and Green. Cranky and slightly nauseated, my acid reflux was acting up.

By 11 AM my belly was on fire. The thought of another glass of citrus-chunky juice striped with ginger strands was painful.

“How hungry are you?” I looked mournfully at my daughter.

“Eggs and toast?” she asked, pulling out the frying pan.

On the sunny side, after approximately five hours of fasting and a little research, I learned a few things:

While juicing can be a healthy way to add more servings of fruits and vegetables, it’s best viewed as a supplement to a balanced diet.