Ticket to Drive a Healthy Move for Saudi Women 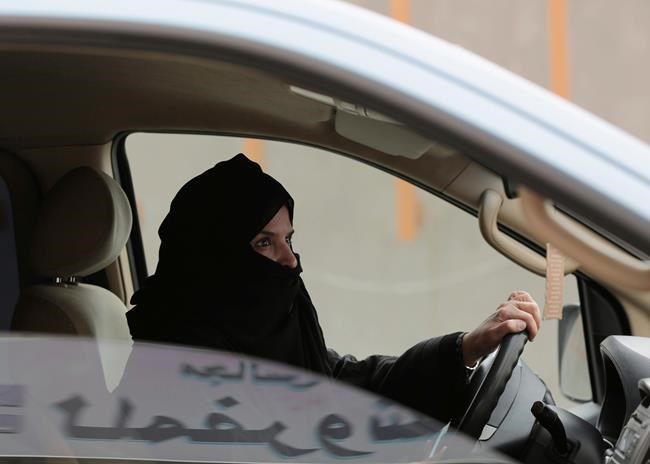 20 Nov Ticket to Drive a Healthy Move for Saudi Women

Posted at 04:14h in Articles, Health and Medicine by shannon
0 Likes
Share

How’s this for a health warning?

“If a woman drives a car, not out of pure necessity, that could have negative physiological impacts as functional and physiological medical studies show that it automatically affects the ovaries and pushes the pelvis upward.”

That exhortation came from Saudi Arabian cleric, Sheikh Lohaidan, back in 2013.

As if that wasn’t enough, he added, “That is why we find those who regularly drive have children with clinical problems to varying degrees.”

Since the Kingdom forbade women to operate vehicles, one wonders where Sheikh Lohaidan got his stats. Something about it rings eerily familiar to misogynistic proclamations from that other bastion of fake news, Donald Trump, who would probably join the cleric in handcuffing women who dared to get behind the donut if he could.

Fast forward to 2017, and things are rapidly changing, at least in Saudi. The dynamic Crown Prince, Mohammed bin Salman, next in line for the throne, is determined to modernize the Muslim nation. In a surprising announcement celebrated worldwide, on September 26th, MBS (as he apparently likes to be called) gave women the car keys.

The decision is part of Vision 2030, an ambitious plan to transform the Saudi economy, including increasing the number of women in the workplace. The crown prince was appointed his position in June and seems set to swiftly implement his mandate for youth and women’s empowerment—a shocking turn for the country that follows a strict form of Wahhabi Islam.

When the news broke I sent a link to one of my dearest friends. Being a journalist, she was already on it, but together we marveled because we know something about the Middle East. She journeyed with me for three of the five years I lived in Abu Dhabi, capital of the United Arab Emirates, bordering Saudi Arabia.

As with all great change, a price for this newfound freedom was previously paid. Nearly three decades ago, 47 Saudi women defied the ban, driving in circles around Riyadh, the county’s capital. Denigrated for that decision, the women became social pariahs, harassed for years to come, losing everything from friends, to their jobs and passports.

The announcement is a win for women’s rights but as experts attest, the country has a long way to go and I would know. Because even in the UAE, where women were allowed to drive, the long-standing social and cultural decorum of that desert perpetuated the myth women were less skilled at a great many endeavors, including negotiating the road.

I taught journalism for two years at Abu Dhabi Women’s College. During that time, I wrote features for the Gulf News and one of my favorite activities involved scouring the nation’s newspaper for teaching material. One day I came across a gem to share with my students: Special report: Are women inept behind the wheel?

If the title didn’t shock me, the lead was worthy of a journalism class onto itself: “Men have long accused women of sending out mixed signals but in Dubai, traffic police of come up with the statistics to prove it.”

According to the article, women were obtaining drivers licenses in unprecedented numbers because more of them were working outside the home. Despite the fact many Emerati men were above the law (depending upon their Wasta, or how highly connected they were to the top) and regularly drove at suicidal speeds, the police had ascertained, a rise in traffic violations could be directly attributed to the increased number of women on the road.

Deputy Director of the General Traffic Department, Colonel Mohammed Saif Al Zafeen, acknowledged changes in engineering had allowed women to drive since physical strength was no longer needed to operate a vehicle.

Unfortunately, however, women’s talkative nature led them to distraction as they chatted on mobile phones. And what about when they touched up there make-up in their rearview mirrors? Worst of all, those unfortunate hormonal influences were wreaking havoc with road safety.

According to the article, “When women are undergoing premenstrual syndrome, they are prone to lose their temper, drive more recklessly, and get into accidents.”

When I shared this preposterous piece with my students, I expected outrage, but what I got, was affirmation.

“Sometimes it’s true, miss,” they agreed, surprising me with their buy-in. But then they spoke the truth: “At least we get to drive.”

They were referring to their Saudi sisters, of course.

That all changes, next June, when Saudi‘s women get a ticket to drive. While they remain a long way from free (the country’s archaic guardianship laws give Saudi men power over their female relatives on basic rights, like whether they can have an operation), Mohammed bin Salman is the driving force to a new-world Kingdom.

His eradication of extremism and a more moderate approach to Islam is welcome news and while his sweeping reforms are currently rocking the region, at least the road is opening up for women.

To read the digital version of this article in the Kelowna Daily Courier, click here.