Why I couldn’t surrender to Michael Singer

A Ladies on Literature book review 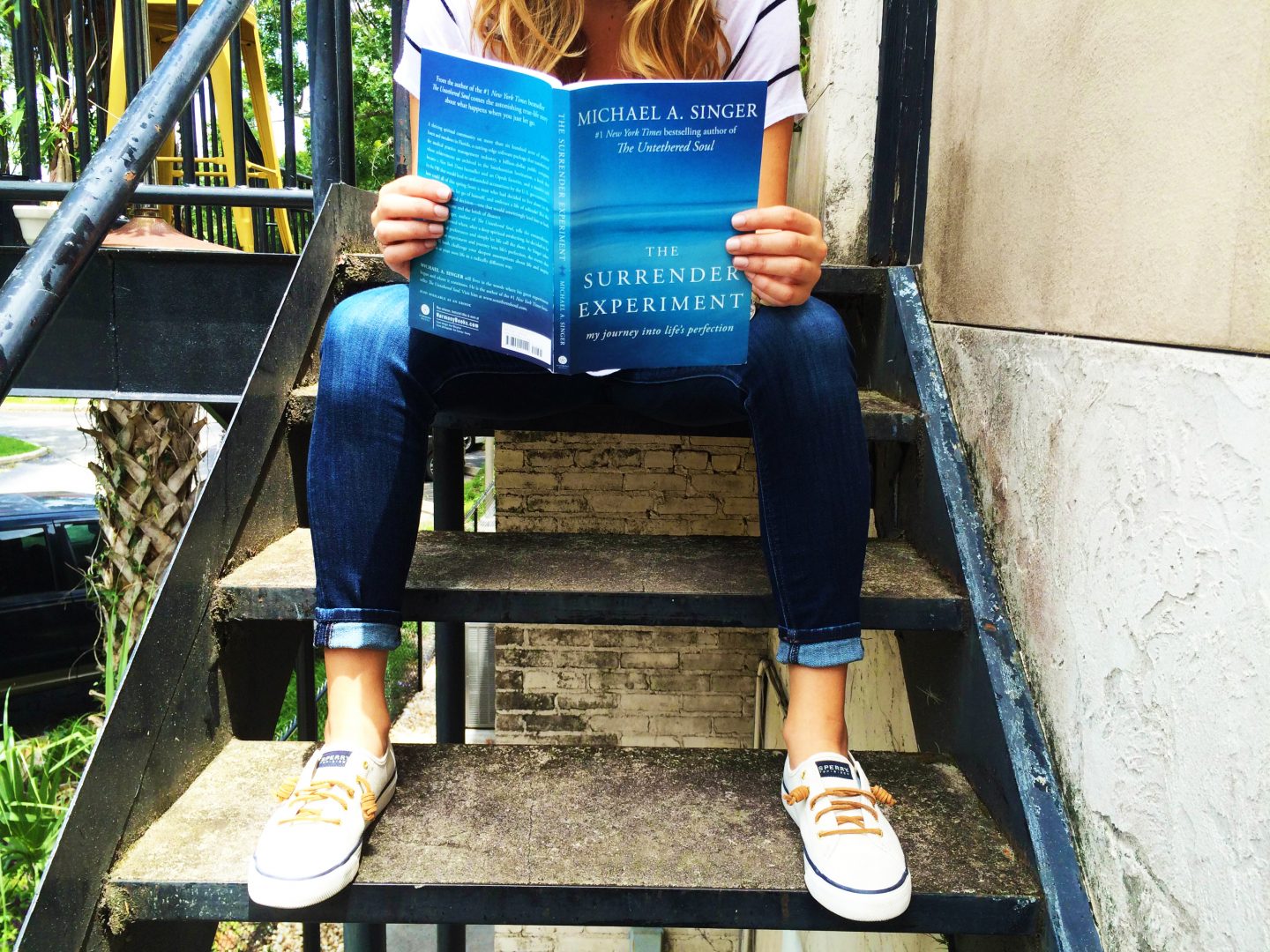 03 Aug Why I couldn’t surrender to Michael Singer

Posted at 20:08h in Articles, Books, Ladies on Literature by shannon
6 Likes
Share

The Surrender Experiment By Michael A. Singer

Michael (Mickey) Singer says if we silence the relentless chatter of our monkey minds—just cut those pervasive primates at their ever-swinging arms—we’d free ourselves from judgment, better equipping us to accept our current circumstances and simply surrender to what life has in store. In other words: tell that roommate in our head to shut the bleep up and just go with the flow.

Something many of us are working on; something I yearn to embrace and thus I so wanted to like this book. Sadly, I didn’t.

The story starts out strong as Singer abandons a promising academic career to seek solace in the woods, rejecting the company of others in search of solitude and silence. While that is unrealistic (never mind unappealing) for most of us, I was still with him as he encouraged me to live in the moment and surrender to what life presented, trusting in the great compass of God (or whatever you might choose to call the omniscient; the book is non-denominational) to guide me to good.

“Everyday we give precedence to our mind’s thoughts over the reality unfolding before us,” he explains. “We regularly say things like, ‘It better not rain today because I’m going camping’ or ‘I better get that raise because I really need the money…it’s as though we actually believe the world around us is supposed to manifest according to our likes and dislikes. If it doesn’t, surely something is very wrong…it is the reason we feel that we are always struggling with life.”

So far so good. When Singer discovers Zen Buddhism he finally feels understood and begins studying meditation in earnest. When he goes on a camping trip with his wife and friends and disappears to meditate for hours at a time, he learns to “go beyond” and thus begins his spiritual birthing—and the death of his marriage.

I rode with him in his VW Van as he journeyed the backroads of California and the unexplored paths of his soul; I did yoga with him (hail the power of the mat); I clapped when life presented unsolicited opportunities and he heeded the call, despite initial misgivings.

Yet he ultimately lost me when he admitted to teaching university without lesson plans, writing (and acing) economics exams without studying, and starting a construction company followed by a medical software empire, all by seemingly surrendering to the will of the world.

I wholeheartedly believe in channeling positive energy in the direction of our dreams to attract favorable outcomes, but Singer made it all seem so simple, the book came across as trite and self-indulgent—wrapped up in mediocre writing.

He makes momentary mention of his second wife (they lived in separate houses) and the birth of his beautiful daughter, but much time is spent bowing at the knees of spiritual masters and name-dropping prestigious business associates.

I applaud the monetary contributions he’s made to charity and his quest to enlighten minds with his Temple of the Universe, a commune where people of any belief come together to practice yoga and inner peace. But when his software company was investigated by the FBI for fraud, I couldn’t help but wonder if this guy was a shyster.

The book brought about a great discussion at Cara’s home, with Cindy W. remarking she “found it conflicting that such a meditative, back to the woods, spiritual guy would embark on a career in the corporate world…however, his path was fascinating.” The word ‘surrender’ resonated with her. “It felt like a release to accept things and give into the flow of life.”

Cindy G., who listened to it on audiobook, said Singer’s voice soothed her (and seemed to lead her to the perfect parking spots). A sizeable number of Goodreads participants loved the book, so others might get more from it, but I’ll be donating mine to the thrift store.